I’m due shortly to start below on this page another of my gradual real-time reviews, turning leitmotifs into a gestalt.

And it is of ‘Alcyone’ by Colin Insole (Passport Levant MMXI). A book I purchased from Fantastic Literature.

There is no guarantee how long it will take to complete this review, whether days or years. Indeed, this is said with the knowledge that a busy Season is afoot and many people have calls upon my time. So I do not wish any of you interested in this review to keep returning to this page and finding nothing added. However, I do not know how to resolve this problem ….

CAVEAT: Spoilers are not intended but there may be inadvertent ones. You may wish (i) to take that risk and read my review before or during your own reading of the book, or (ii) to wait until you have finished reading it. In either case, I hope it gives a useful or interesting perspective.

All my real-time reviews are linked from here: http://dflewisreviews.wordpress.com/

“Do those figures depict the ghosts of our departed names?”

Three brief date-headed sections introducing a wistful turn-of-the-1980s-into-1990s (?) heritage-ritual of en-Durer of literariness and painterliness of a London haunted by a Prague heritage (?) and a word-converging of two destined strangers (?) via chance or or magic or syncronicity or mere authorial intention (?): hereby named unsteadily (?) Alice and Michael.

“And what follies do we bring from the west, wondered Alice, as they boarded their hotel taxi.”

A masterful evocation of Prague in 1990 as steeped in its own past, riparian or troop-train-riverine or otherwise, and nature / nurture – while, I guess, the honeymoon (?) couple enter their own dislocated-further-east ‘Death in Venice” (?) but don’t look now – it’s a couple not a solitary man and preludium is in control. I have no idea where this lexic river of fiction is going – let’s not pretend otherwise – but just let’s be proudly pretentious about such exquisite prose: Prague as a ‘genius loci’. It deserves being critically over-blown: it deserves its own coddling into existence as the physical pages turn. Good books need real pages. Stiff paper. Handleable emotions. Only indifferent books can make do with mere electronics, tempting a culture that in turn tempts piracy or plagiarism or deliberate torrenting towards vanishing waterfalls of forgetting ever having read what was ‘written’. (16 Dec 11)

“What are those buildings that rise like yellow fungi out of the gutters?”

I will not correct my own reading mistakes. Mistakes are the Reader’s art, the Reader’s privilege, and should stay ‘put’ to mark the reading-journey, especially a paying Reader like me – especially, too, with “a fiction of lies” which this fiction mentions and may or may not itself be, assuming any fiction has the ability not to lie or the effrontery to do so without upsetting any suspended disbeliefs or monetary regrets.  So let’s now describe the unmistakeable: i.e. this landscape-format book itself. Just over 90 pages of stiff quality paper, black endpapers, a heroically sturdy black fine-stitchy-board-cover with no writing upon it other than, in large print, on its front: WE ARE BETTER NOW WE ARE BETTER NOW: plus a black and white frontispiece of an art-deco-like (?) photograph (?) of a young sun(?)-bathing couple seated on a large geometrically shaped stone, their backs to us, staring out to sea; a startlingly stiff dust-jacket with a studious young profile outline-drawn on the front and the title / author’s name on the dust-jacket’s ‘spine’; and on the last page: “‘Alcyone’ was first published by Passport Levant in 2011 in an edition of 107 copies of which this is No. 25.” The ’25’ is handwritten in red ink. And the text of this section of pages has Prague and its buildings merging behind masks (like the words’ own masks themselves somewhat), references to a Tarot pack, mysteries blurring as the couple, Alice and Michael, show independence of each other in whatever each seeks in this novella, if not in the City itself. Acquaintanceships, names and learning-processes set up as the Reader squints between the lines. And a reference to starlings that for me contains a coincidence with the other book I’m simultaneously real-time reviewing here (the bird in its first story (a starling, too!) is astonishingly meaningful in resonance between the two books).  Thus, the Reader here is primed by preludium, if still feeling his or her own way. His or her own way, within the book, too. (16 Dec 11 – three hours later)

“Where his sword once flourished, peeped the head of a toothless fox, whose brush tickled the remains of his right ear.”

After much internal plot-searching (akin to heart-searching but not quite the same), Alice and Michael (hardly sweethearts!) only touch base at the end of this section – imbued with something that Prague hides and reveals simultaneously, i.e. as if strobing in and out of different existences: here with the flaying and flensing and mixing of animal and human, stone and flesh. Meanwhile, I have already drawn attention to the accretively synchronised real-time review here: and I just now read of a pomegranate being flensed etc. in the other book’s story ‘City in Flames’ and now a number of minutes later in ‘Alcyone’: “…the exposed flesh of pomegranates and the innards of beast and fowl…” And also girls unknotting Ligottian dolls cruelly and throwing them in the river in some form of scientific-religious summoning away of death so as “to carry summer into the city“.  Real Prague or an even realler visionary version of Prague as preludium sits on these pages by a form of literary osmosis, I suggest, and will be underpinned even further by matching it with whatever other book you are concurrently reading or have just read or about to read. That’s its magic. (16 Dec 11 – another hour later)

“These recent months of chaos and confusion have led to the rise of upstarts and parvenus – men who seek to profit from the relaxation of laws and controls.”

As above, so below. As then, so now. And so it will be forever or never. The inability of Reader to grapple simultaneously with plot and vision, stone and flesh, ancestor and descendant, man and woman (‘sweethearts’ at potential cross-purposes, even if any books-between have cross-references), the inability to thread an iconostasis across and over Prague’s statues, as filtered by tarot, bridge and house.  A river of dolls. Sometimes not understanding is understanding to the hilt.  And today is reflected in the stone-faced still of a prime minister caught on-pause thinking of his own aloneness without having prepared his face first.  Just a thought evoked by this densely textured, meaning-drained, meaning-full prose-sculpture. (16 dec 11 – another 3 hours later)

“Soon, you will recall him only in the sound of the rat’s feet scuttling in wainscots and under floorboards.”

A new day of reading – and, as if by further magic – the book’s Reader’s ‘dream’ is crystallising – and the Alice-Michael relationship and its concatenative hauntings by mineral, vegetable, animal and spiritual (four elements often blending), and by dreams (a fifth element?), heritages and speculative futures, all gradually becoming, for me, as handleable as the book is.  Goodness knows, if this were an Ebook, I can’t imagine how any reader would manage, even given strictly the same text to ‘read’. This is intensely a prose piece that is impossible to convey by review – so why am I doing so? Well, I feel compelled to do so – by forces both benign and malign (forces that may have nothing to do with the author or publisher, neither of whom I have met – and, in this connection, I confirm that I did visit Prague myself relatively briefly a few years ago as part of a holiday coach party from the UK). “And he remembered his father, humming the notes of a tune, barely recalled, like trying to summon the events of a distant dream.” (17 Dec 11)

“Here too, the ragged stones overlapped in a vertigo of entangled granite and shrub.”

Further plot- or quest-crystallisation by means, now, of Kingfisher and Alcyone herself (as well as Prague’s river, and the secrets within or below houses, upon bridges, among statues, images upon the surfaces of Tarot cards) continues, en-dures (en-Durer I wrote earlier somewhere above – this should have been en-Dürer)–> by my own use of desiccation, of extrapolation, of Venn diagrams, of scrying for meaning in animal and human and stone and vegetable as convergence-mapped by Dürer paintings (I infer) as well as the imputed motives of Alice and Michael and of those they meet in Prague (is it an accident that ‘Prague’ in English has a ‘vague’ (wave) partially embedded?)… (17 Dec 11 – two hours later)

“She dreamed of four girls, stood smiling on the banks of the Vltava. A tiny puppet bobbed on the water.”

Funeral Brethren, macabre chocolates, The Shadows’ Man of Mystery from my youth, scarecrow-clown, a man masquerading throughout the ages, I yearn for the calm suckling statuary above, placed there as antidote.  This book is getting to me.  Or am I getting to it?

“He feared the worst, expecting to see the remains of his wife.” (Cf: by a premonition or fearful memory deriving from the book in parallel real-time review). (17 Dec 11 – another hour later)

[St George’s Day, the day they once made me a pageant herald. Not 1990 though, but 1959.] This book – relatively compact and cosy in this vast heavy-duty tome of landscaped beauty – needs several readings to gain the honourable and valiant Reader’s money’s worth. And I can confirm you will not only need many re-readings of it, you will desire them, too. So please take this review as just one reader-creature’s initial scratching at its surface in preparation for finding its most vulnerable spot for its critical forensic lance. It is probably the most satisfyingly ‘difficult’ book I have ever read. It may be an ever-lasting Uccello depiction of a literary dragon in the shape of paper and board. Or a fox. Or kingfisher. Or something else that will cringe at my overkill. But of course, upon a mere second reading, I may find I have deceived myself as to any promise at all. Meanwhile, here, in this section of pages: The Dreamer — “The Room of Solitudes” —  Ancient sea creatures as one living organism — “Behind him, she could feel the shadows…” — “a butcher paunching a rabbit.” — “the Prague Spring” — “Little tics and twitches” like jumping nerves in the text itself — “Shards of stone and metal in a rainbow arc” — the piecemeal revelation of each Tarot Card like the turning of each literally stiff page-card of this book… I’ve heard of books that are praised as page-turners, but this is something else! (17 Dec 11 – another 45 minutes later)

“There are perilous stones of illusions and secrets where a man may see reflected the terror of his own soul. But, also they may conceal great beauty,…”

Perhaps not so ‘difficult’ after all. The book draws to its close exquisitely with a retrocausal satisfaction that you have always understood it to the hilt.  But whether this was any protagonist’s version of ‘Death in Venice’, and, if so, who the Dirk Bogarde, who the Reader, you will need to read the book to discover. Don’t look now. Or should I have said earlier: Don’t look back. Don’t look directly into its sun – it may worse than blind you. Or it may fill you with something wonderful.  The Reader takes that risk.

“For the remainder of your life you will vainly try to recapture the past you discarded.” Not quite like Proust. But like wondering why there was an extra empty seat in that holiday coach on its return journey. (17 Dec 11 – another 45 minutes later) 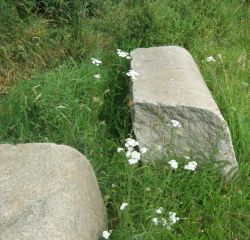