See personal writerly STUFF right to the end of this page, including the appended comment stream:

The Last Balcony: On The Essex Edge (this general blog)

A DEAD MONUMENT TO ONCE ANCIENT HOPE

Index for DFL’s Real-time review of VanderMeers’ The WEIRD: HERE.

I continue to be a long-game writer, editor, publisher and reviewer of fiction. Ever trying, ever teasing… And 30 years with around 1500 short fictions, two novella books, one novel, and two collections – all written by me and published independently. My first novel published in 2011 when I was 63.

If you would like to obtain from me a signed copy of any book with which I am involved or an old Nemonymous edition, please contact me at dflewis48@hotmail.com

If you want any permutation of these ten books signed by me and then sent to you at the total cost of the inverse ratio of their intrinsic investment value to their assumed literary value, please contact me at dflewis48@hotmail.com: 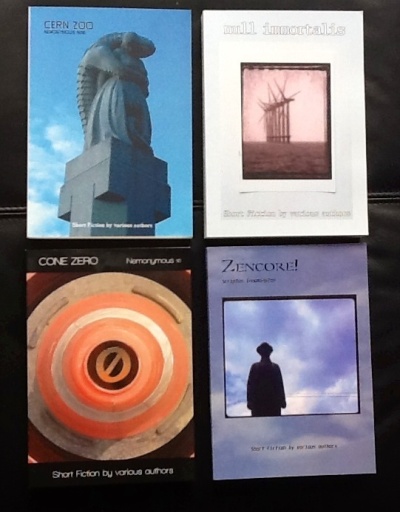