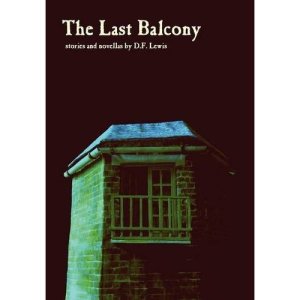 …if only it was each other!

This is not a complaint, not even a call to change anything, but more a brief personal soliloquy. Much of my fiction work — often over many years — has been gradually moulded on blogs and forums, some public (but rarely read), a few even passworded, but always linked ‘up front’ from the Weirdmonger Wheel … then, if successful, crystallised by independently published print at which time I have always considered it to be its year of publication.

Therefore, I am disappointed that the previously unprinted stories in ‘The Last Balcony’ (including my novella ‘Yesterfang’) are not eligible to appear in the eligibility lists of the latest BFS Awards. Even if it were possible to list them there, I had no hope they would progress beyond such a list and, indeed, I now fully recognise that, according to the rules, they are not eligible. But where does informal sharing (or workshopping) on the Internet cease and formal prior publication begin, as far as fiction’s on-line status is concerned? A rhetorical question, which brings me back to soliloquising! I shall just end with an apology for cluttering up the eligibility lists yesterday with ineligible stories that rightly needed to be deleted.

All my real-time reviews for BLACK STATIC issues: https://nullimmortalis.wordpress.com/2010/09/25/tta-press-my-real-time-reviews/

My massive real-time review during Autumn 2011 of the VanderMeers’ massive THE WEIRD:  https://nullimmortalis.wordpress.com/2011/11/16/df-lewiss-real-time-review-of-the-vandermeers-massive-the-weird/