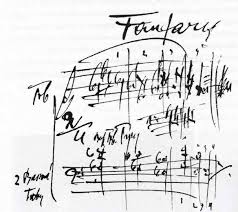 Just started this book by Haruki Murakami. I am sure this is going to be a landmark read of mine in the autumn of my years, the autumn of this year.

I am very intrigued straightaway at the prominence of SINFONIETTA by Leoš Janáček.

1Q84 seems to be an exponent of the new found genre: Classical Horror.

I have a well-shaped head and thinning hair:

IN MEDIA RES – FIRST BOOK: There is something powerfully powerless about this book and its twin intertwining  movements or moons of person-music. I’d say ‘hypnotic’, too, but I guess from the book’s blurb, this has been said of it before. And I am anothing if not a neologist. I’ll think of the right word later. (1 Nov 11)

IN MEDIA RES – SECOND BOOK: “Emergency situations aside, you should never handle or hand over or carry a gun that has even one bullet in it. And whenever you see a gun, you should treat it as loaded until you know for sure otherwise. Guns are made to kill people. You can never be too careful with them.” Like this book itself. Chekhov’s Rule. Or Pascal’s Wager? (4/11/11)

“This pain is unbearable. At times – at certain times – the pain deepens dramatically, as if it has a direct link to the center of the earth.” (5/11/11)

A FEW PAGES BEFORE ENDING BOOK TWO: Aomame on her moon-balcony (not a balcony on the moon as in Joe Pulver’s Orphan Palace but a balcony from which to see the moon(s)): her last balcony now lost? (7/11/11)

END: these novels bememorise the reader. Here and in Proust. (my promised neologism)

A mesmerising, moon-magnetising plot that compelled me – sparely, repetitively  – to read and read … Esso Tiger, phones in 1q84 that by their ring tell you who’s calling. This  novel, too, by osmosis. (17/11/11)