The Preterite of the Preinternet 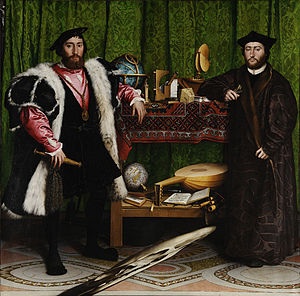 I somehow seem to have invented the phrase ‘the preterite of the preinternet’ a couple of days ago – as part of a book review where the phrase almost invented itself as the most appropriate phrase for the context! But it has since set me thinking about our now seemingly mythological past where we lived without the Internet. In my own youth in the 1950s and 1960s, I did not feel special and no ordinary folk like me felt special, gazing, as we did, at the special ones, those film stars on huge screens in even huger buildings with Egyptian facades — or the people with known names that suddenly started appearing in grainy black and white on the growing sizes of what were to become television screens. We non-specials were just alive and malleable.
Gradually, though, since then, whether by the growth of the TV itself or, latterly, the Internet, we all have transcended ourselves, each a vital part of life’s flashmob or a vital link in a vast chain of communication. As to the two ambassadors in Holbein’s painting, what is that squashed skull? It looks like interference on a 1950s TV screen to me! Or a bizarre virus on my computer telling me I am still a non-special, whatever else I may think. We all die today as we did yesterday.
But there does seem to be a preterite that is the preinternet, full of bashful aliens (who looked doleful and drab when members of the audience on Juke Box Jury), we creatures then of a completely different reality. When did each of us first cross over, first become real rather than mythological?
But we were real in that preterite past and today little more than an imagination-stretched avatar in the postinternet?
A grainy face then and a special reality today?
Or, more likely, just death bait however much we dress it up. Holbein’s ambassadors look real enough dressed up in preternatural prephoto paint…

2 responses to “The Preterite of the Preinternet”